A Course in Miracles Teachers—Who Is David Hoffmeister? 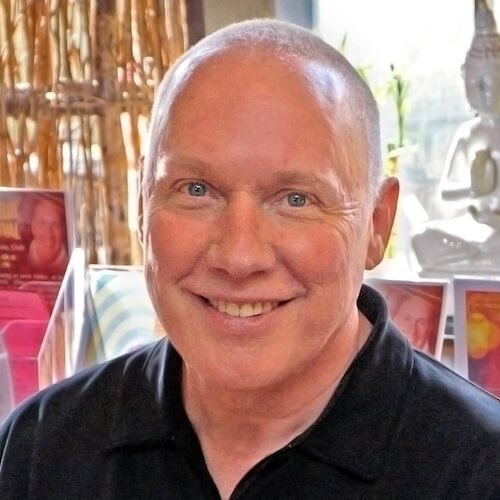 For over 35 years, David Hoffmeister has traveled the globe as one of the foremost A Course in Miracles teachers, spreading the clear and powerful message of forgiveness. David’s pathway with the Course was one of total dedication and devotion, leaving no stone unturned in his mind to the Light of Love. David now experiences a serene, consistent state of peace and joy that arises naturally from being a clear channel for the Spirit. He is an invaluable teacher and wayshower for anyone who is serious about their journey of Awakening.

David Hoffmeister began his spiritual journey to Enlightenment in 1986 after encountering A Course in Miracles and recognizing it as the tool he had been seeking for a radical transformation of his mind and perceptions. David studied the Course with passionate intensity in the early years and it was not uncommon that he would read it for eight or more hours a day. It was after two years of study that David began to seek the company of other students of ACIM, attending as many as five groups per week. He was startled to find that a Voice was speaking through him with great authority, so much so that many began referring their questions to him.

David Hoffmeister was always known for questioning everything among family members, friends, and teachers. He was never one for accepting conventional answers. He was delighted to find support and encouragement in the Course from the voice of Jesus for the careful examination of every idea, belief, concept, and assumption in his mind. Jesus became David’s internal teacher, guiding him to hand over the day-to-day management of all relationships, circumstances, and events in his life, answering his every question and providing inner discernment.

David’s life is a living demonstration of the Awakened Mind. He is devoted to one consistent message: release the illusion of separation, for only Love is real. The many resources he offers online and the message he shares is an invitation for all to join him in this grand adventure into the experience of Truth, Freedom, and Joy!